Fungus can have nasty associations but don’t forget that the mushrooms you eat are fungi. Some fungi are delicious. And they clear everything up in the natural world.

Fungus can have nasty associations but don’t forget that the mushrooms you eat are fungi. Some fungi are delicious. And they clear everything up in the natural world.

Fungi are eukaryote micro-organisms. They have their own taxonomic kingdom, Fungi. It is an enormously diverse group and there is still little certainty about how many species of fungi there are. Estimates vary from 1.5 to 5 million species. Only around 5% of them have been classified.

Most fungi produce fungal threads, hyphae. Lots of these hyphae form a network, a mycelium. Growths used for reproduction can sprout from the mycelium. These vary from relatively simple to complex structures, such as mushrooms. Some fungi are unicellular, such as yeasts.

Mushrooms can be described as the fruiting bodies of fungi. They allow spores to be formed and dispersed. A mushroom is comparable to an apple which disperses the seeds of the tree. Some fungi, such as mushrooms, are edible just like most types of fruit.

Fungi play an important part in our lives. They can be a source of food: mushrooms and other edible fungi are the fruiting bodies of the organism. We also use fungi in food and drink production. Brewer’s yeast (Saccharomyces cerevisiae) is also used in making bread and wine. There are also fungi on and in our bodies. As many as 150 species live on your feet alone. Most are useful or at least cause no harm but some can result in infection. The most well-known fungal infection affecting humans is athlete’s foot. 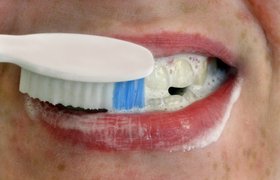 With which microbes do you start your day?