We have been warned about them at school: STIs. Despite the warnings, they still occur a lot. In the Netherlands alone, an estimated 100,000 people a year contract an STI.

We have been warned about them at school: STIs. Despite the warnings, they still occur a lot. In the Netherlands alone, an estimated 100,000 people a year contract an STI.

Microbes are to blame

The abbreviation, STI, stands for ‘sexually transmitted infection’ (the abbreviation STD is also used which stands for ‘sexually transmitted disease’). STIs are infectious diseases passed during sex and are almost all caused by micro-organisms. Chlamydia, genital warts, gonorrhoea, hepatitis B, genital herpes, HIV infection (the cause of AIDS) and syphilis are all examples of STIs.

STIs can be transmitted via semen, vaginal fluid, blood and via contact with the mucous membrane (in the anus, penis, vagina and mouth). So you cannot get an STI from sneezes or from drinking from someone else’s glass. You can, though, catch an STI as a result of having unprotected sexual contact with someone who is already infected. STIs are mostly caused by bacteria and viruses. Many STIs are easy to cure, but some can be fatal if not discovered early enough or if they remain untreated.

You can be infected with an STI without noticing anything. That means that you can pass the STI on (without realising it). That is why it is sensible to take an STI test if you have had unsafe sexual contact. It is even better to prevent an STI by using a condom. Immunisation is also possible against some STIs.

Luckily, the doctor can often do something about it if, despite everything, you have become infected with an STI. In general, bacterial infections can be successfully treated with antibiotics if caught in time. However, you have to be aware something is wrong and this is not always the case with infections such as chlamydia. Women who have the infection for too long without noticing it can become infertile. Viral infections, such as HIV (which can eventually cause AIDS), will remain with you for the rest of your life. 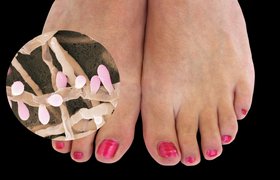 on and in you

You can’t see them, but they’re there. Microbes. They’re on you, in you, and you carry more than 100 trillion of them all by yourself.